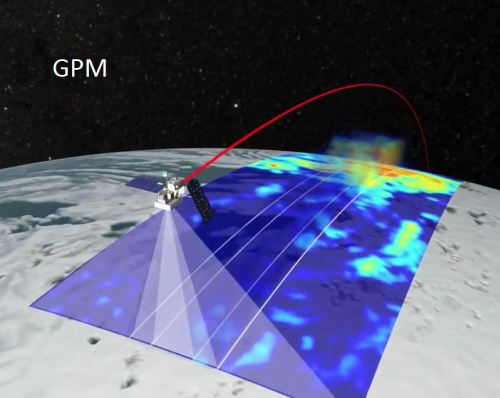 In order to understand the global distribution of precipitation as widely as possible, station- and radar measurements are not sufficient. Considering the meteorological observation network clearly shows that a direct observation on water surfaces is virtually absent on the basis of conventional station equipment. In polar and desert regions this is also true. Satellites are used to solve this problem. For this purpose, the GPM-satellite (http://disc.sci.gsfc.nasa.gov/gpm) is equipped with a microwave imager (GMI GPM Microwave Imager) and a dual-frequency radar (DPR Dual-frequency Precipitation Radar). Following the long collaboration participation of the University of Bonn at several NASA GPM ground-validation field-campaigns, the polarimetric research radar BoXPol has became one of the few European research radars part of an international network for ground validation of the GPM satellite. Routinely BoXPol performs specific scans for GPM overpasses, and its polarimetric capabilities are exploited in order to estimate high quality rain rate fields within the GPM overpass field-of-view. Therefore the BoxPol retrievals are used to evaluate the corresponding products from the different suit of algorithms currently used by GPM (see Figure 2). 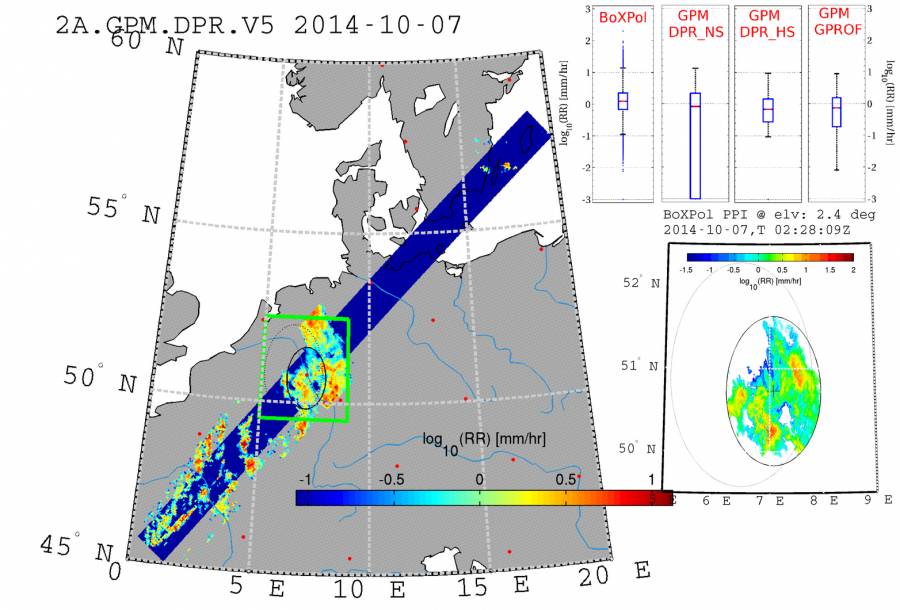 
Comparison between groundbased and spaceborn measurements

For each overpass of GPM on the region detected by the Bonner radar, two and three dimensional data is created. This provides information about the current precipitation. To compare the GPM and BoXPol data, the dual-pol data of the Bonn radar have to be interpolated on the GPM grid. 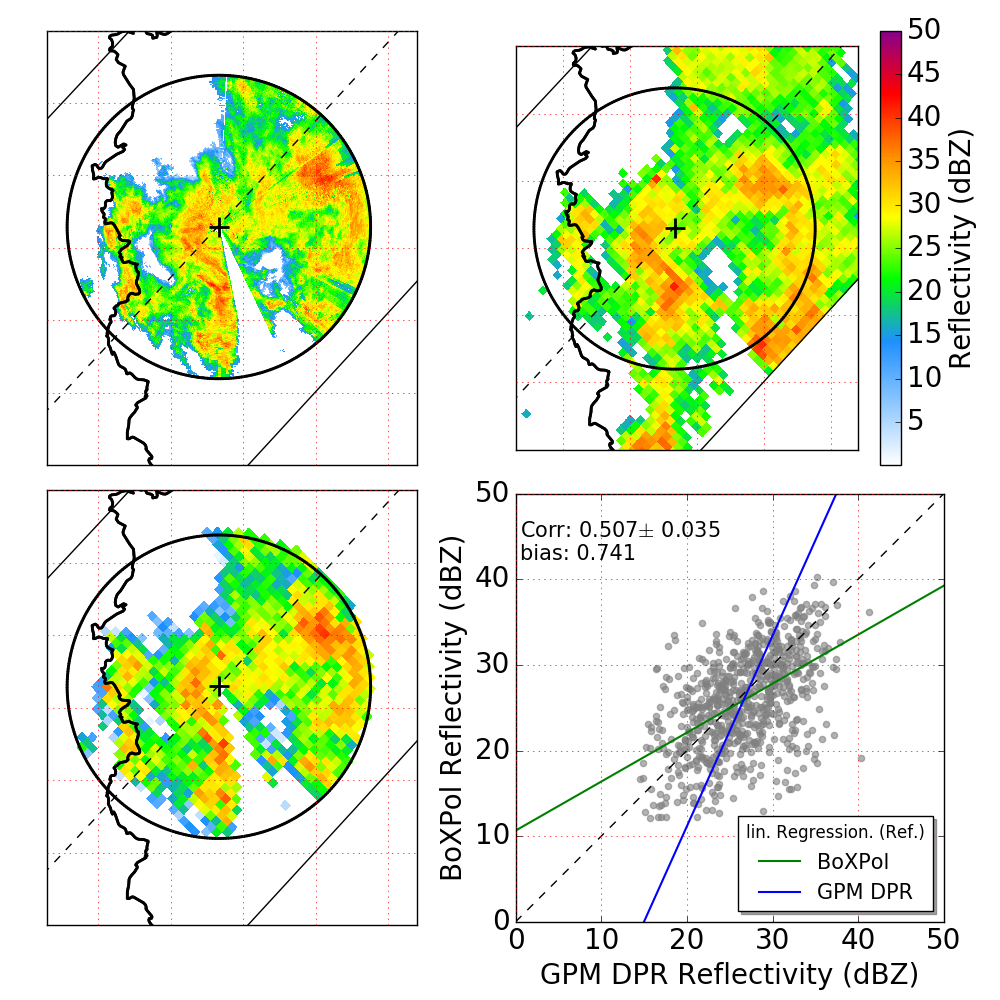 
Comparison between RADOLAN and GPM products

In order to get as much data as possible, the complete GPROF track of the GPM satellite can be used. The microwave imager scans the whole of Germany at least once a day. This daily overflight should be comparable with the radar product RADOLAN (http://www.dwd.de/DE/leistungen/radolan/radolan.html), that also monitors the precipitation all over Germany. Figure 4 shows the first result of boths products. 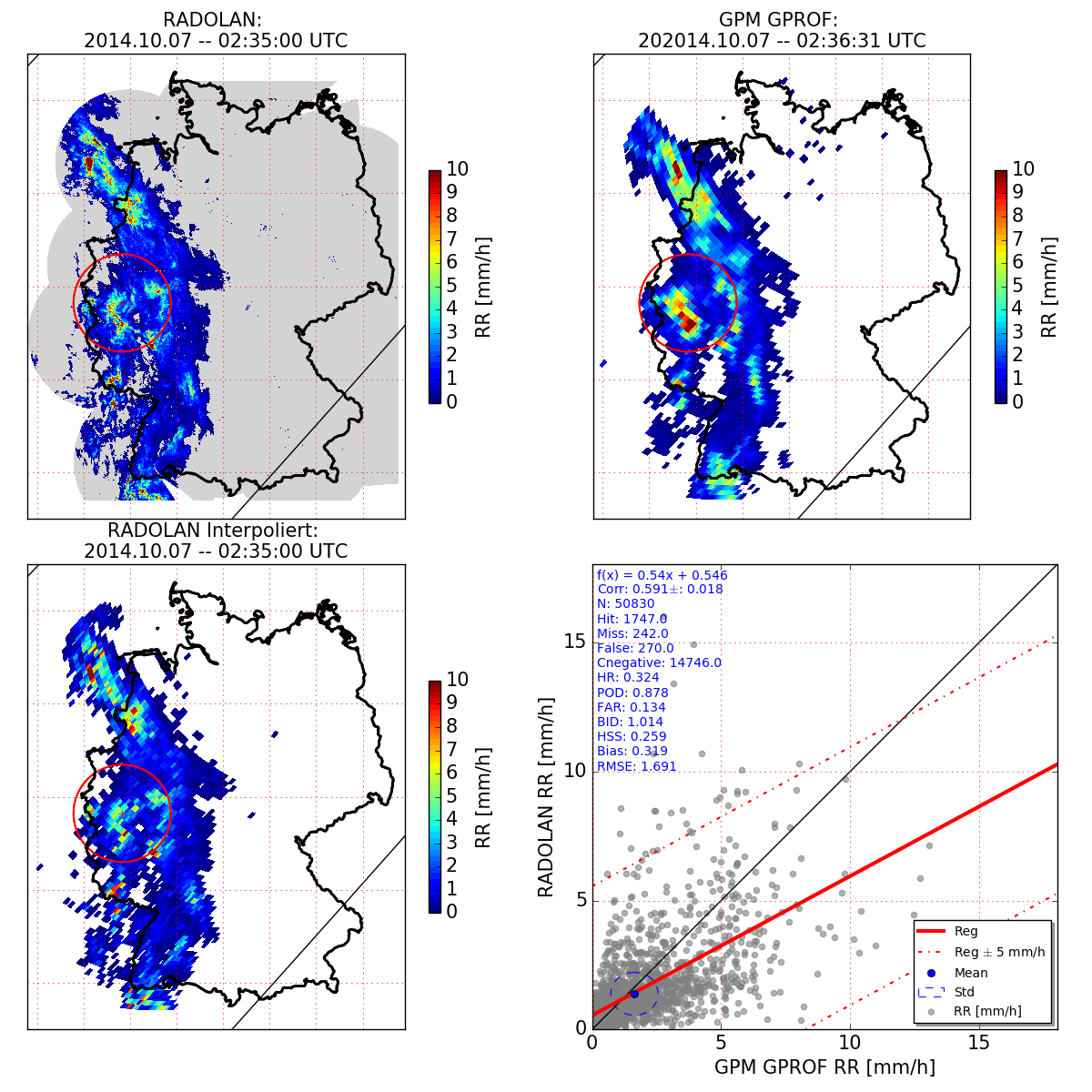 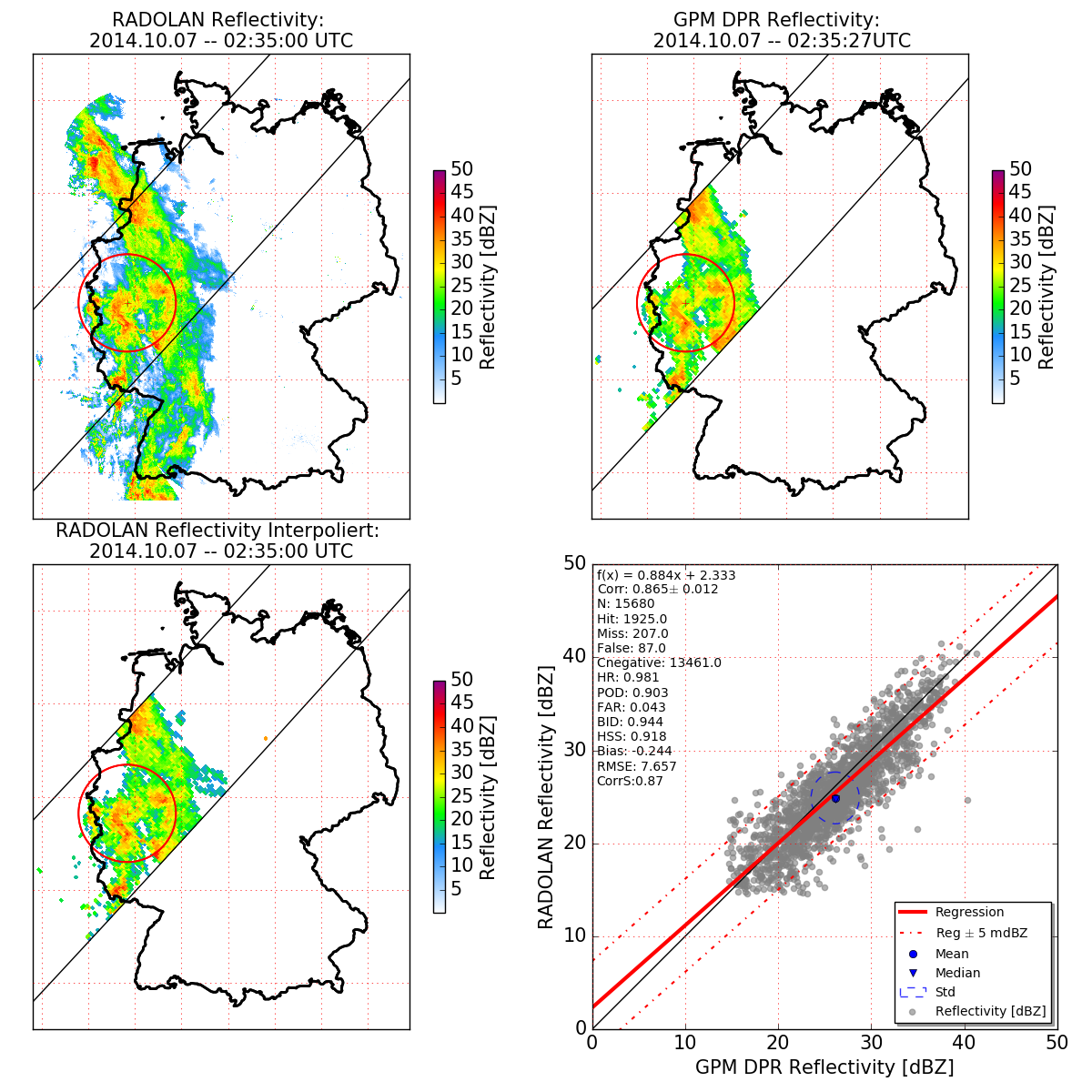