Using the 3D composite radar data, along with a tracking algorithm developed at the MIUB (MEANIE 3D), we are able to follow the life cycle of precipitating cells. Figure 2 represents the mean vertical profile of the reflectivity, differential reflectivity, cross-correlation coefficient and specific differential phase as a function of time for one particular cell on the 20140609. The full life cycle is represented since the cell was first detected by the cell identification algorithm, until it dissipated. 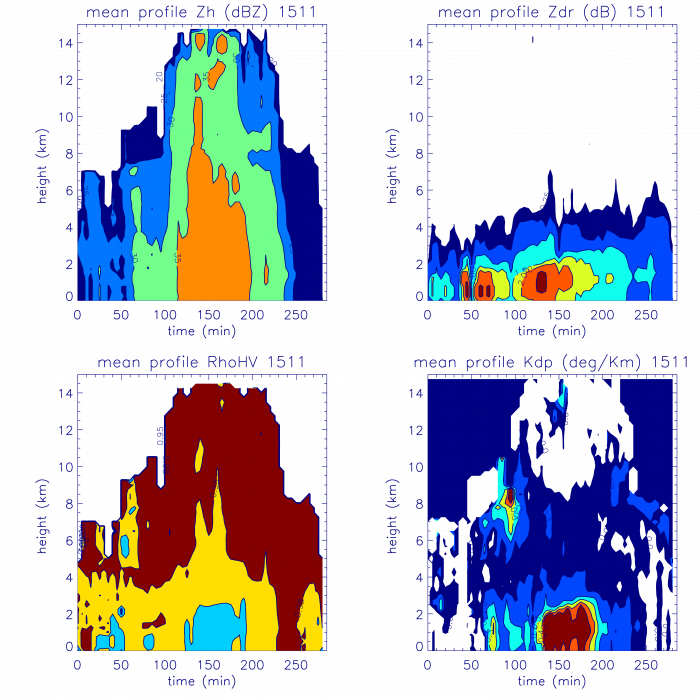