In order to provide the most reliable and accurate precipitation predictions it is essential to understand when and where the transition from dry/wet boundary occurs. Without this information, forecasts can be wrong and extreme weather warnings can be slowed considerably. One of the most import aspects of the dry/wet transition is the identification of melting and refreezing layers. These play an important part in accurately predicting freezing rain, ice pellets and other precipitation types. Currently, radar-based hydrometeor identification operates primarily with dual-polarimetric parameters and fuzzy logic algorithms to create a best estimate of the bulk hydrometeor classification. By relying on radar alone, the thermodynamic structure of the atmosphere is not taken account and the important refreezing layer responsible for distinguishing between freezing rain and ice pellets. By combining dual-polarimetric radar parameters, in-situ observations, and a 1D microphysical model we aim to increase the reliability of the cold season hydrometeor classification scheme for the German wide C-band radar network. In Figure 1 is an example of hydrometeor identification from Berlin during a freezing rain event. The melting layer can be seen clearly as a change from aggregates (pink) to wet snow (light blue). The different polarimetric variables shown in Figure 2 also reveal a clear melting layer in ρHV and ZDR, but no refreezing signature can be detected, which can be used to distinguish between freezing rain and ice pellets. 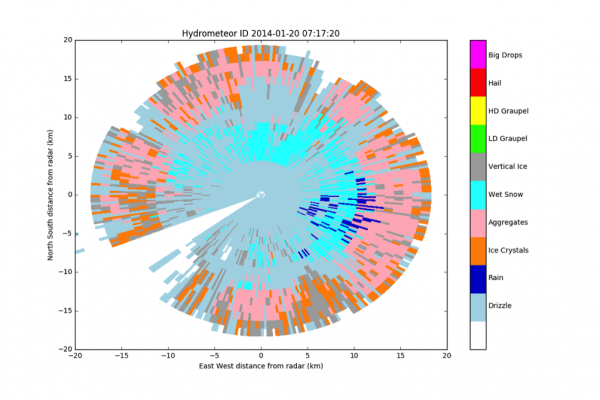 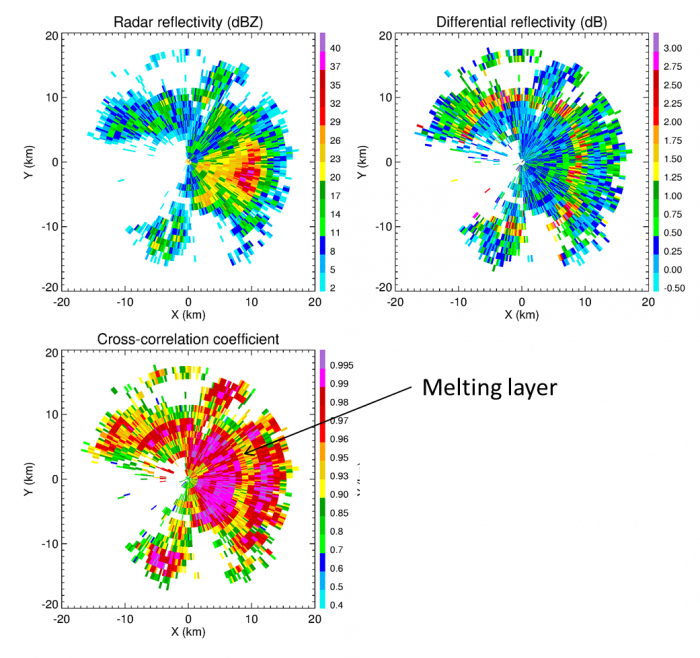